What to do in Desaru – Teluk Sengat Crocodile World The main attraction of Desaru is obviously the seaside, but on our recent trip we were up for a little adventure, so we headed to Teluk Sengat Crocodile World. This Desaru crocodile farm is apparently the biggest in peninsular Malaysia! It is located in a small fishing town called Teluk Sengat, about 30 minutes drive from our Desaru resort, Sand & Sandals. The entrance fee is RM8 for adults and RM4 for children. You pay RM20 if you want to feed the crocodiles, which we did. A young chap escorted us through the crocodile farm. He was armed with a bucket of chicken carcasses and called the crocodiles from the pond. Surprisingly the crocodiles knew what was going on, came up and waited for their food!

We wanted to throw the chicken meat but were told that it smelt quite bad as the crocodiles prefer their meat rotten! That put us off feeding the crocodiles and we just watched how the young chap did it! The crocodiles were fighting for the food and swallowed their chickens whole. Don’t be fooled by the rock still crocodiles as they are actually very active and aggressive when it comes to food!

Our guide showed us around and explained the conditions of the crocodiles. Their age, gender, nests, likes and dislike. We were told there are about 1,000 crocodiles there and the oldest one is 150 years old. It was kept separated from the rest as he is too old to move around and all his teeth have fallen out. He has no chance of survival with the other crocodiles. There are also a few handicapped crocodiles here. The enclosures are very clean and there was no foul smell of swamp whatsoever. The crocodiles are clearly well fed and healthy.

Upon exit at the entrance we met with Cecilia, the owner of the crocodile world in third generation. She took over from her father six years ago, when he passed away. Her father had hoped that she would carry on with his work and run the crocodile farm with passion and the purpose of educating the younger generation about these cold blooded creatures.

Cecelia gave the kids basic details and facts about the salt water crocodiles. She conducts programmes to local school kids in either Bahasa or Mandarin, and speaks only a bit of English. She even took out two crocodiles (baby ones of course – one a couple of weeks old and one four months old) and the kids had the chance to cuddle and carry the crocodiles. It was an experience that they will never forget! They came back with a few facts about crocodiles and were so proud to share their knowledge with their friends and family! 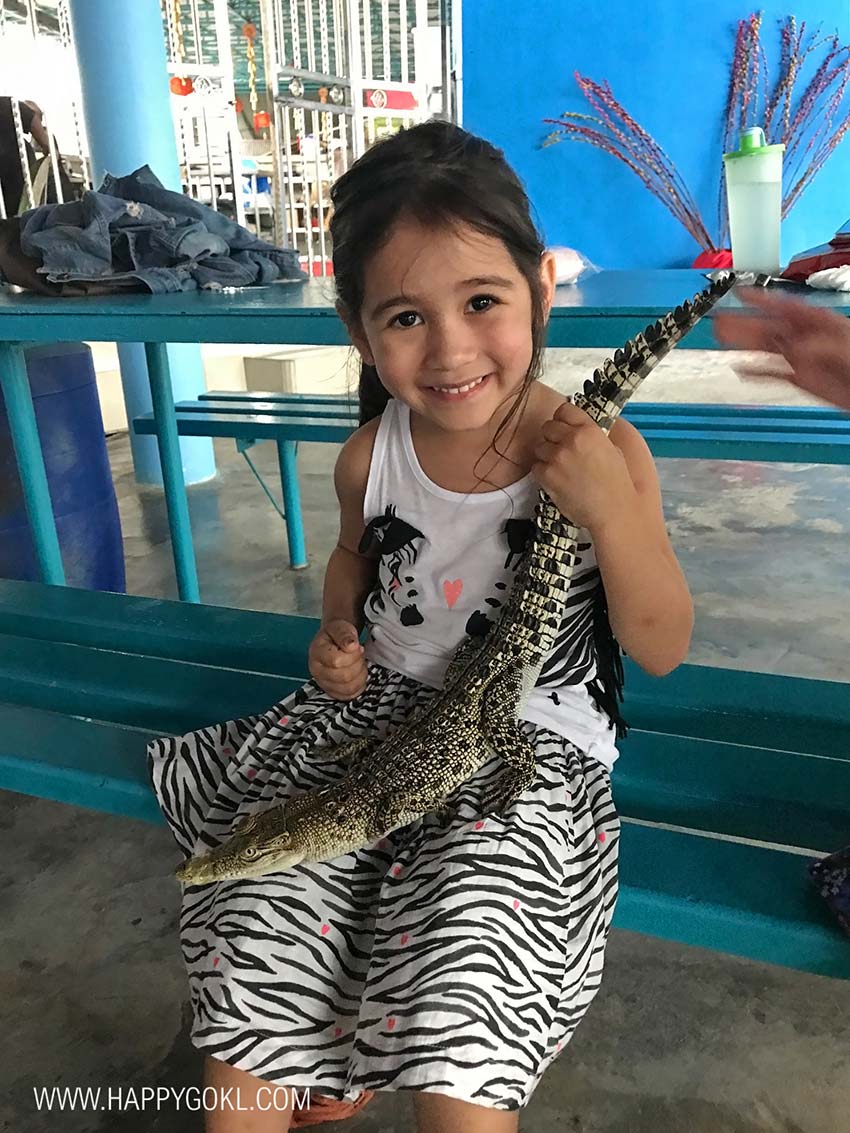 We were a little upset that some of the crocodiles were kept in concrete enclosures rather than an open pond but were told that there are reasons behind it: these are crocodiles that are either too young, too old or too ‘naughty’ to mix with the others.

We left the place with mixed feelings: we are glad that Cecilia carries on her father’s passion of maintaining the farm to educate the younger generation. From the entrance fee that they charge I believe they are not making a profit but doing a good deed. But we were wondering whether the crocodiles would have a better life in the wild? Or would they survive? 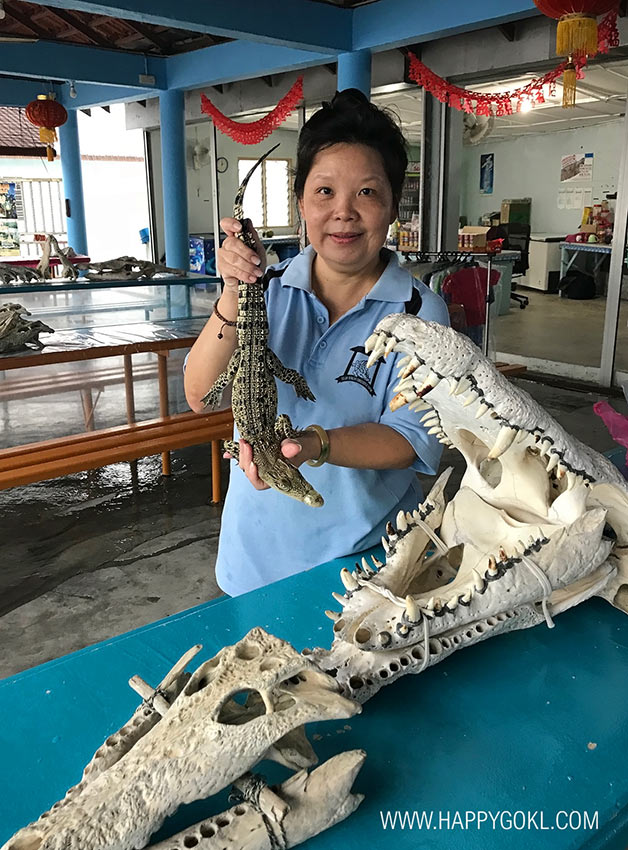 After visiting the crocodile farm we stopped at the nearby Teluk Sengat Seafood Restaurant for lunch. The restaurant was pretty empty on a Tuesday afternoon but we did not regret our choice. The chili crab and fish we ordered were so fresh and tasty! It was not the cheapest meal on this down under trip but surely the tastiest one! DIYMama Sun used to rescue gibbons from the markets, rehabilitate and release them to the jungle in Phuket. She now spends her days managing bank accounts of hubby's companies but unfortunately is not very good with her own. MamaSun has three beautiful children, is scared of worms but owns a snake. Never sits still. Not very sociable but friendly enough to be with!