The Malaysian tournament is part of an international robotics organization called the Vex Robotics Competition/Robotics Education and Competition Foundation. It is the world’s largest and fastest-growing Robotics competition involving more than 20,000 teams from over 50 countries playing in more than 1,700 tournaments worldwide.

The “Jungle” (Sports Gymnasium) at ISKL, the venue for the tournament, was filled with colorful VEX IQ robots. Each team presented their robots each with their distinctive design, which they had programmed to perform challenging feats such as picking up cubes, placing them on platforms, and pushing balls into cubes. It was inspiring to witness the young coders and robot engineers in action competing against one another!

And the winner is…?!

The ISKL Robotics program for both Middle School (MS) and High School (HS) first started as an After School Activity (ASA) in 2015. Last semester HS students attended the Formosa Vex IQ Tower Takeover Competition in Taipei. Both programs were sponsored by the ISKL Inspiration Fund, established to enable all members of the ISKL community to collaboratively give back to ISKL for the benefit of current and future students.

Dr Bron thanks the Inspiration Fund for enabling this to happen.
“The HS program started when we received an Inspiration Fund grant from the Parent Teacher Association (PTA) to fund much of the (robotic) equipment. A couple of years ago, we again applied for another grant, and through that, the MS Robotics program was born”.

ISKL’s robotics program provides a path for the real-world application of concepts taught in classes, while helping students gain an understanding of relationships and connections. The program was created to address the growing demand for the integration of science, technology, engineering, and math (STEM).

ISKL looks forward to the continued growth of the robotics competition and welcoming more schools to come participate with us next year!

Bron Narsiman is the Middle School Technology Coordinator at the International School of Kuala Lumpur (ISKL) and holds an Education Doctorate in Instructional Technology & Distance Education, a Graduate Certificate in STEM Leadership and a Masters of Education in Educational Technology. She is also an Apple Distinguished Educator, Apple Teacher, and Google Certified. Bron is passionate about the opportunities that exist when Technology and STEAM initiatives are embedded in the mainstream curriculum and beyond.

Matt Durham is a Middle School Science, Design Technology, and Robotics teacher at ISKL and holds a Masters in Education from George Mason University. He has been working tirelessly over the last four years to build up a robotics program across both the High School and Middle School.

Established in 1965, The International School of Kuala Lumpur (ISKL) has become known as a centre of excellence in the world of international education. ISKL is a co-educational, private, not-for-profit school responsible for the learning journey of over 1,800 students aged 3-18/19 years from more than 65 countries at its Ampang Hilir campus in the heart of Kuala Lumpur.

ISKL offers a robust international curriculum which combines leading North American educational frameworks with global best practice. The curriculum recognizes that students are on a lifelong learning journey and is driven by ISKL’s mission to challenge each student to “Be All You Are” and develop the attitudes, skills, knowledge, and understanding to become a highly successful, spirited, socially responsible global citizen.

ISKL is the longest running IB World School in Malaysia and has been authorized by the International Baccalaureate Organization to provide the prestigious International Baccalaureate Diploma Programme (IBDP) since 1989. In addition to the full IBDP, students also have the option of combining individual IB, Advanced Placement and High School Diploma courses to create a customized program tailored to their abilities, interests, and aspirations. The flexibility of ISKL’s academic program creates global opportunities; the graduating class of 2019 received more than 400 acceptances from over 200 universities in 14 countries spanning four continents.

ISKL is accredited internationally through the Council of International Schools (CIS), and in the United States through the Western Association of Schools and Colleges (WASC). ISKL has a strong focus on service and sustainability across its divisions and is a member of the Eco-Schools organization and the Green Schools Alliance. 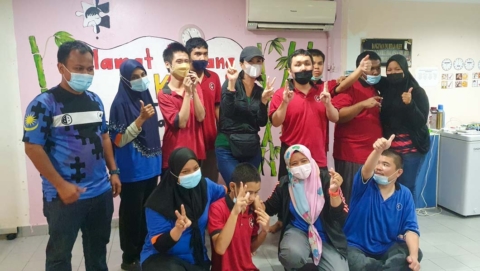 PrevPreviousCOVID-19: the sensible approach
NextFresh groceries delivery in KL during the MCONext