When grandparents visit you in a foreign country for the fifth time you may be pulling your hair trying to think of new things for them to see and do – I for one did. This time around we had already exhausted them with a trip to Langkawi (more to follow!) and an adventurous hike to the waterfalls, so Fantasy Rainforest was like an answer to my prayers for something indoors, suitable for the whole family, and distinctly Malaysian.

Fantasy Rainforest is a tourism endeavor a bit like Mud KL in the city centre – an entertaining show that gives visitors a snippet of culture, packaged in catchy music and dance.

The venue is the grandiose Putrajaya International Convention Centre (PICC Putrajaya), where the show runs twice a day – obviously aimed at tour groups. For a moment it looked like we were going to be the only guests in the massive auditorium, but luckily a last-minute minibus-load of tourists wandered in. The show is a (very) simple tale of life in the rainforest interrupted by an evil hunter. The hunter is a rather comical character but I’d like to think of him as more of symbol of all the things threatening the tropical rainforest – much graver than one silly hunter. There is dance and music, but the real stars of the show are the talented hornbill on the trapeze ropes, funny and acrobatic monkey trio and the light designer of the show.

Add to the mix a quick magic trick and a touch of audience participation (poor husband, always gets called on stage!), and you have an entertaining hour for the whole family. The dancers are more like a zumba troupe so do not expect a cultural performance true to local traditions – it is Asian-style entertainment through and through with disco tunes and bright lights. The kids particularly loved the acrobatics and my youngest one has been prancing around the house like the beautiful hornbill since the show. For those sensitive of loud noises, there is a part with loud noises and flashing lights, that did momentarily paralyze my easily freakable elder child, but he did recover quickly. My six-year-old was expecting some dialogue – but language challenged grandparents were happy that there was practically none. The only drawback is the long trek to the Putrajaya International Convention Centre (PICC Putrajaya). We didn’t realise that the airy restaurant at PICC had a buffet lunch for RM35 on offer – judging from the crowd in the otherwise deserted convention centre the food must be decent, too. There is ample, free parking in the underground car park.

Putrajaya is a bit off the beaten track, but you can always go and take the kids to District21, get on a flyboard or perhaps visit one of the beautiful mosques while there? 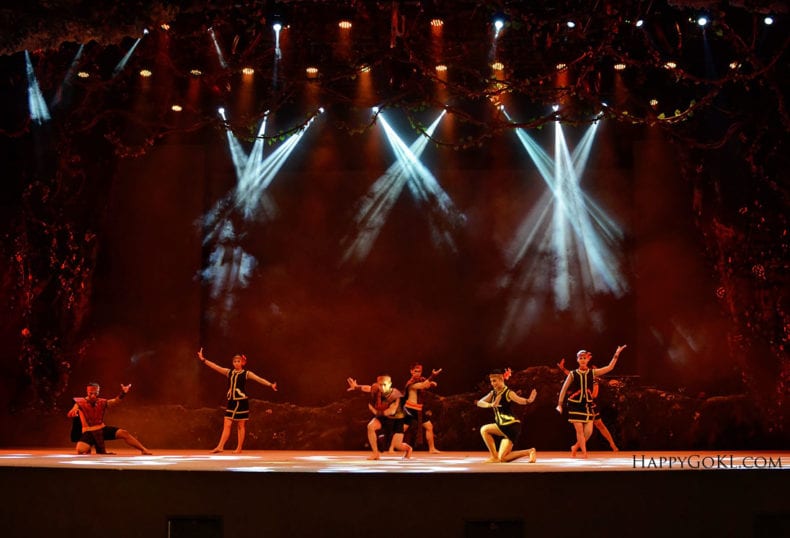 Normal priced tickets are RM 120 for adults and RM 60 for kids. However, readers of Happy Go KL get 25% off the ticket price by showing this QR code at the ticket office. There is no need to pre-book tickets. The offer is valid until the end of January. *We attended the show courtesy of Rainforest Fantasy. 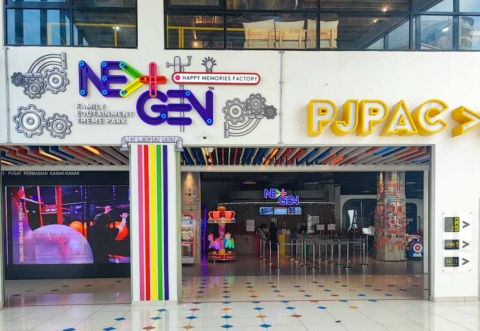