Singapore’s Changi Airport is a familiar stop for many travelers here. It is a fantastic airport to change planes with free Wi-Fi, comfortable seats and a wide variety of food to please most palates. Traveling with kids? No problem, park yourself at one of the many play areas, walk through the butterfly or sunflower gardens, whizz down the world’s highest slide (in an airport) or even catch a movie without having to buy tickets.

Changi has now welcomed a new addition to its three terminals, the spanking new and uber high-tech T4. Back in August, an open house was held to showcase the terminal building. 200,000 tickets were made available to the public for a free but ticketed event. Here’s what the excitement was all about!

The airport has a lovely airy feel to it, with lots of natural light. A lot of effort has been put in to transforming the mundane into magic, by adding an element of entertainment, in addition to all the dining and duty free shopping.

At the central departure screening area is a 70m long ‘Immersive Wall’ consisting of short clips with different content. Sculptures dot the airport – great photo ops for the enthusiastic Instagrammer!

What truly took my breath away was the Heritage Zone, a replica of shop lots in Peranakan style. This facade transforms into short clip called ‘Peranakan Love Story’ executed with the help of a 10mX6m LED screen.

The airport utilises newest travel technology referred to as ‘Fast and Seamless Technology’ (FAST). Completely automated end to end (for most airlines), here’s how one would breeze through the airport: Check-in
Collect your boarding pass, print your bag tag and self tag your check-in bag. Conventional check-in counters are still available for those who just cannot wrap their head around technology. Baggage Drop
Drop your check-in bag at the automated bag-drop after your identity is authenticated by the machine. Security screening
Instead of bag checks at boarding gates, T4 has a central departure screening area immediately after baggage drop. The process has been simplified too, and with new technology your laptop and tablets can stay in the bag, cutting down on waiting time. Immigration
Scan your passport and fingerprint. Immigration is already automated at the existing terminals for residents as well as on departure, but T4 has an enhanced version (for security), which will uses facial recognition.

Boarding
Scan boarding pass at the boarding gate and your identity is once again authenticated by the facial recognition system.

Last but not least, you might be greeted by one of the four automated robotic floor cleaners! The airlines that will operate from T4 are the AirAsia Group, Cathay Pacific, Cebu Pacific, Korean Air, Spring Airlines and Vietnam Airlines. 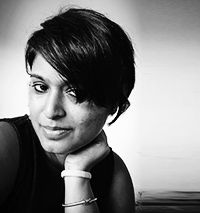 Sneha is a foodie, passionate about healthy eating and vegetarian cooking, hence goes by Healthymama. She left a career in insurance and she started her journey across Asia from New Delhi to Kuala Lumpur in 2012. She started to bake and sell cupcakes and brownies, taught English to children from Myanmar and joined the team at Happy Go KL. She is currently exploring and settling into Singapore. A great day with kids at Science Centre Singapore 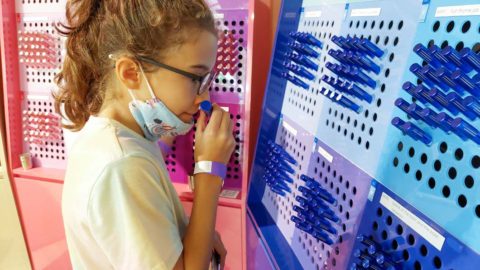 Smell the roses at Scentopia in Singapore